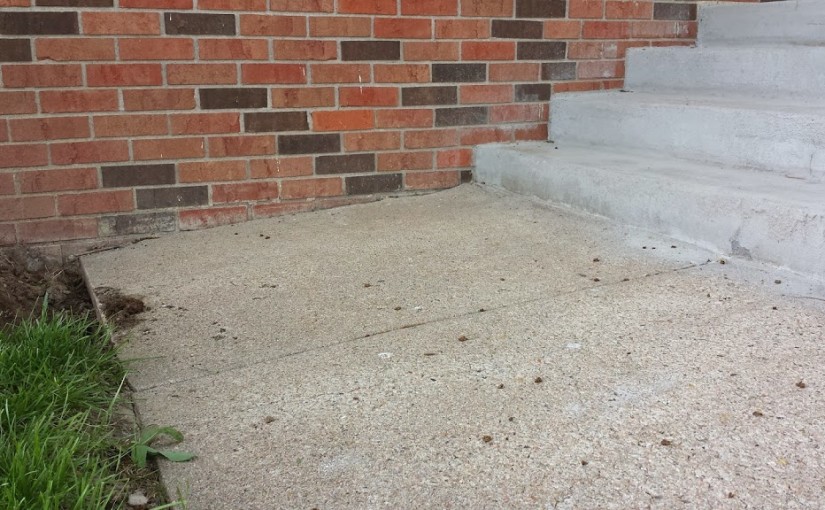 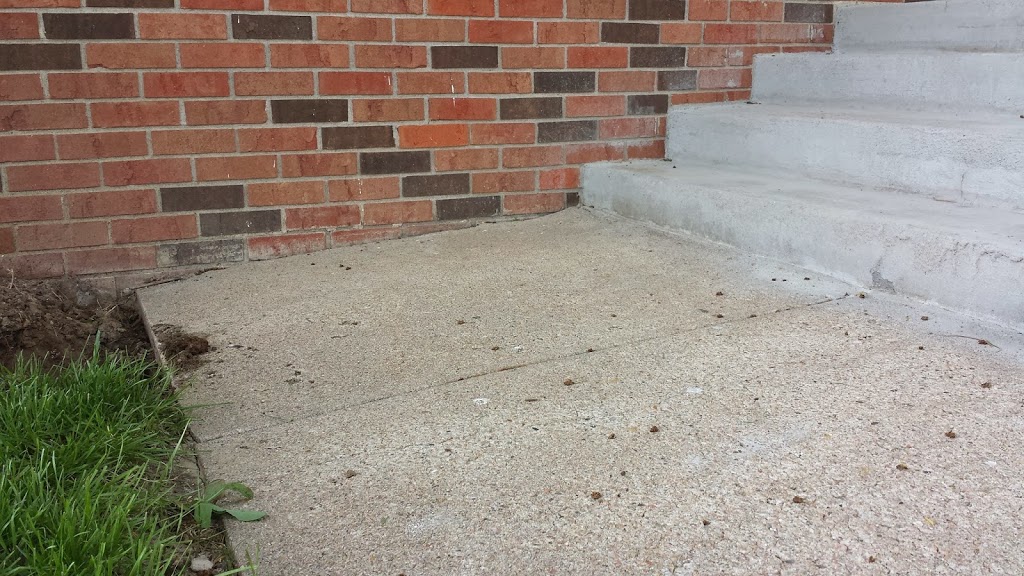 Our front sidewalk has been sunken ever since we bought this house. I have often thought about how I might get it lifted. There’s a process called mud jacking but I’ve haven’t wanted to have someone else do this project for me.

I’ve also been looking at lifting it with jacks. I read an article where a guy dug around the slabs and used large C-clamps to attach the slab to a large 4×4 post and car jacks to lift it up. 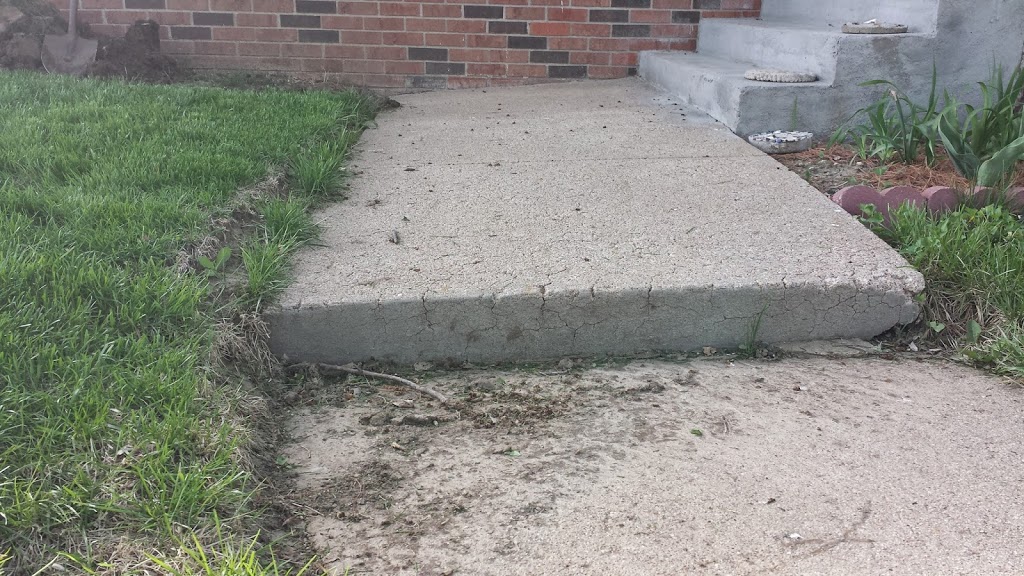 I thought I would try that but wanted to test the feasibility of it first. So tonight I dug out two spots around the walk and pushed my floor jack under it. It’s a 2 1/2 ton jack so I thought it would lift it easily. No such luck. I put a lot of pressure under it in two places and it only came up 1/2 an inch. Then I put some real pressure under one side and went to the other side with a large wrecking bar. 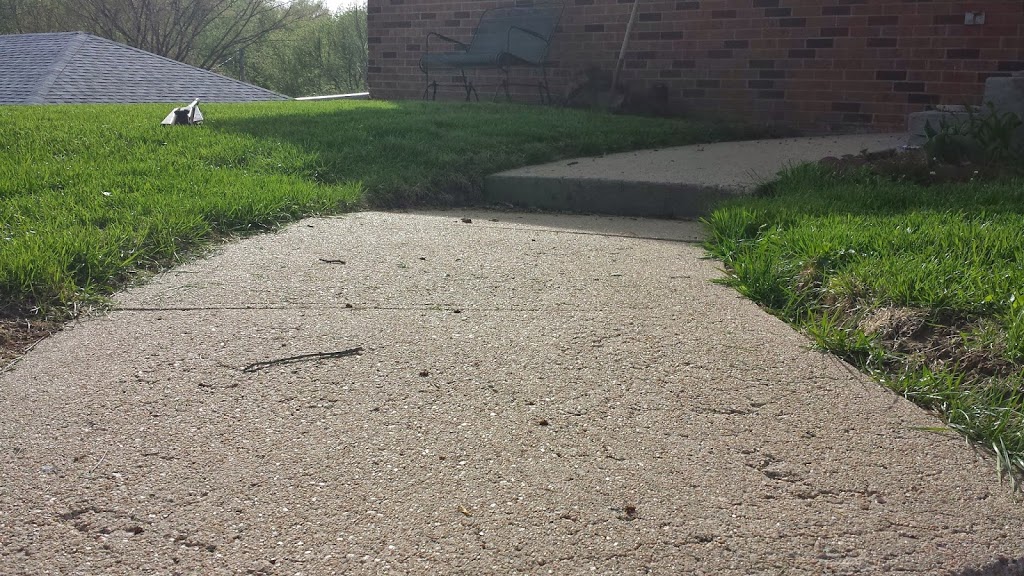 I only managed to bust a corner off of one of the slabs. Definitely not what I wanted to do. But it made me consider that there was something binding on these slabs causing them not to lift like they should and that they may not be strong enough to lift. As well as the fact that I already broke it so there wasn’t much sense in going further.

So now I’m left with having to bust up the concrete and pour a new walk. I’m not sure if I’m going to do it or if I’ll hire it out. I’m pretty cheap but I’m getting to old for this heavy stuff. 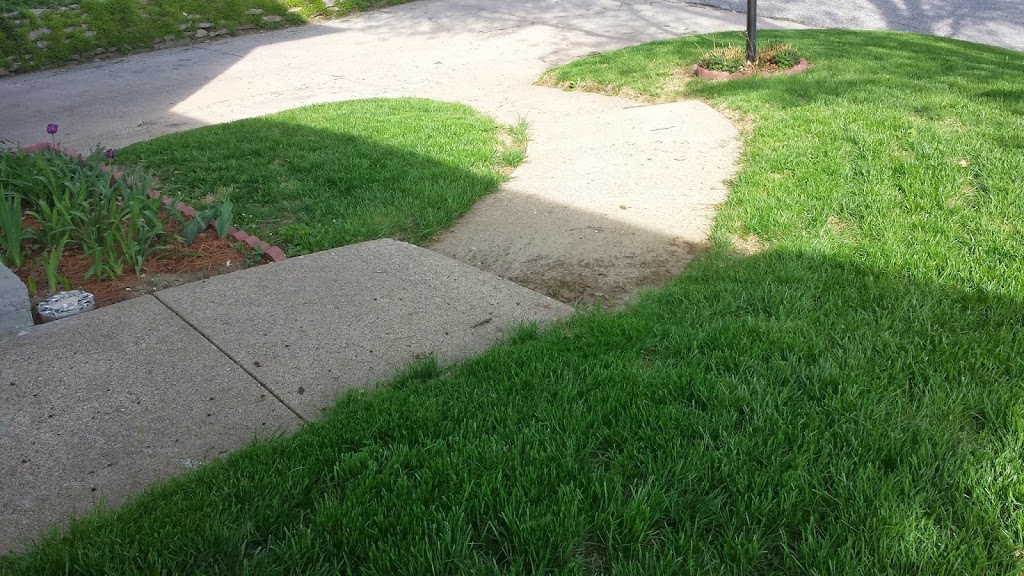