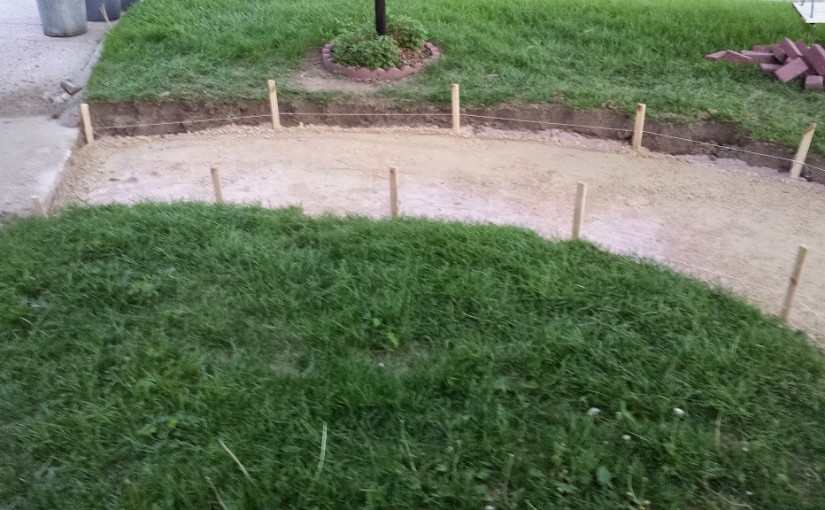 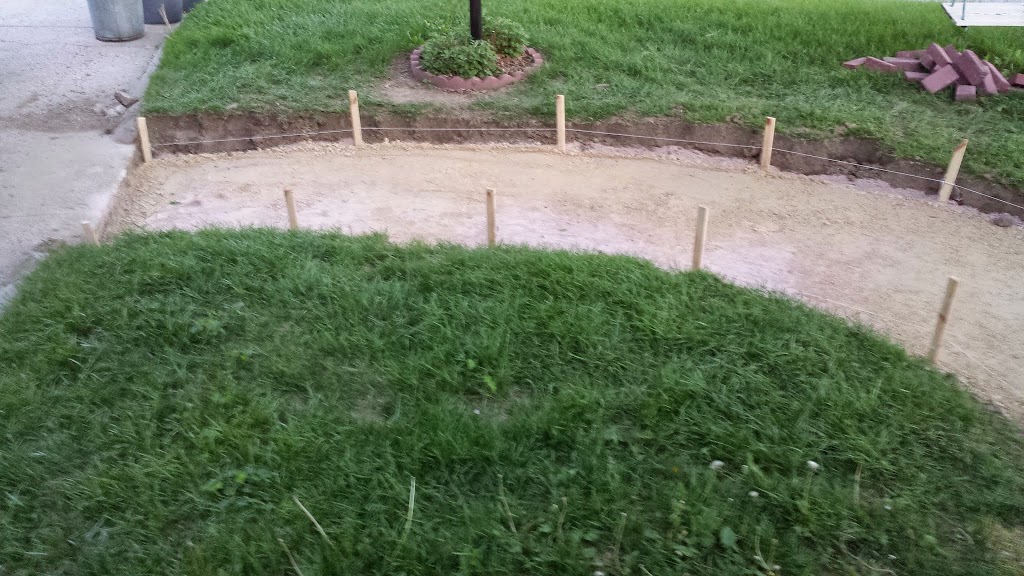 The sidewalk project continues… Here I have it all excavated. I set stakes along both sides with a string to mark the level for the top of the bricks. I dug it out to 8″ below that line. 4″ for the base, 2″ for the sand and 2″ for the brick. I used the inside curve as my guide. I had a drop of about 10″ and I tried to measure the drop at each stake but found in the end it was just as easy to set it by sight. 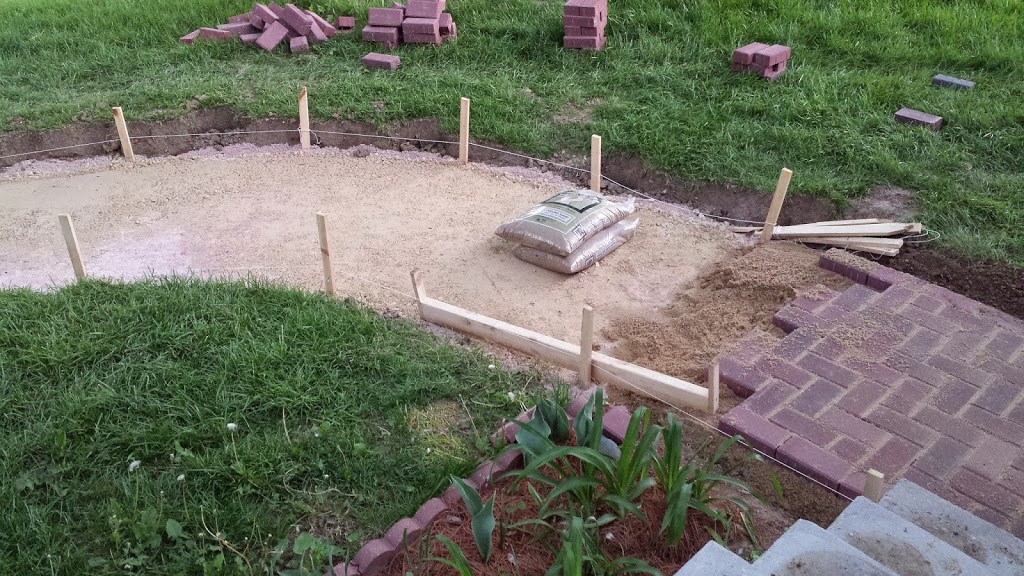 Then I set the line on the other side using a 2×4 with 8″ stakes nailed to the end as a guide. I used a level and made the other side 1/2 a bubble lower than the inside curve. Using the stakes as my guide worked okay but knowing what I know now. I should have set used 1×2’s as a form. I could have set them 6″ wider than what the sidewalk was going to be and filled it with sand. I think I would have ended up with a more uniform slope. I also should have done the sand all at once rather than working in sections. 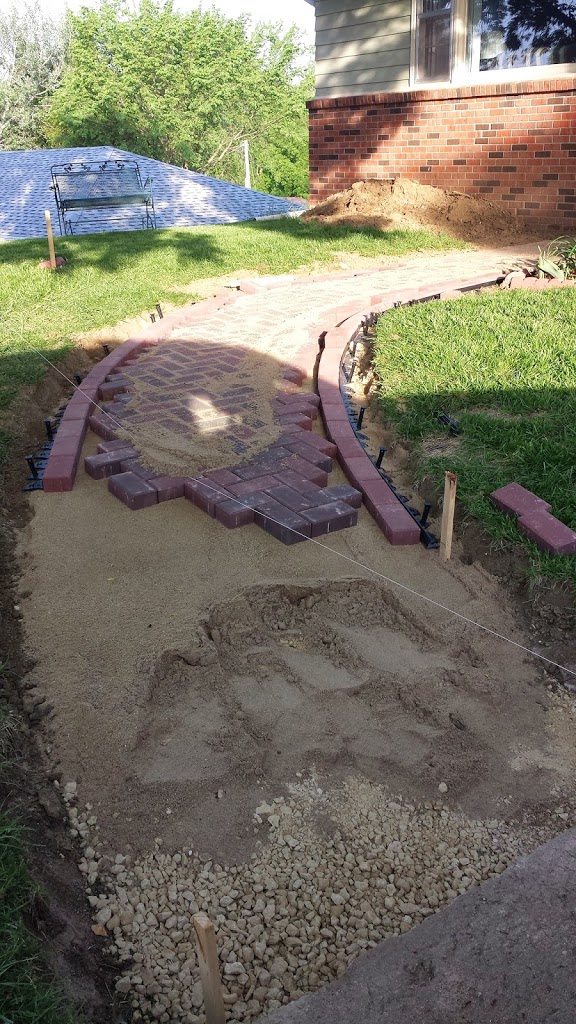 As you can see, I used a herringbone pattern to lay the bricks and set soldiers along the edge. The bricks in the middle were red/black mix and the soldiers were all red. I’m really pleased with the way that turned out. Coming around the first turn I had quite a time keeping the lines straight on my herringbone pattern. After the 3rd try, I set some lines to keep me going the right direction. 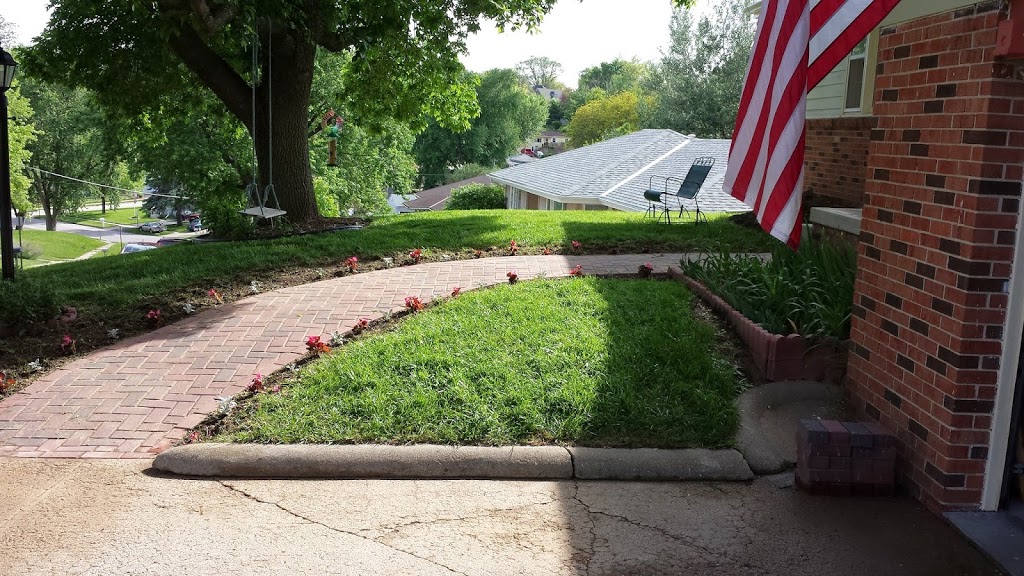 The project is all done now. Not too bad for a first time effort. Next time I think I’ll practice on the neighbors walk and then do mine after I have the kinks worked out.